The Opposing War Memorial Steering Committee has been offered a site for a memorial to Conscientious Objectors and all who oppose war in Princes St Gardens, a World Heritage Site. Situated in the midst of eight war memorials and beneath Edinburgh Castle and the National War Memorial, the Oppposing War Memorial will suggest a better way to resolve conflicts than through war.

Four outstanding artists out of 30 applicants were engaged to submit designs for the sculpture. Edinburgh artist Kate Ive’s design has been selected.  The Transport and Environment Committee of Edinburgh Council unanimously approved the proposal on 4 October 2018. The proposal has also been welcomed by Scottish Government. We are now at the stage of getting final planning permission. 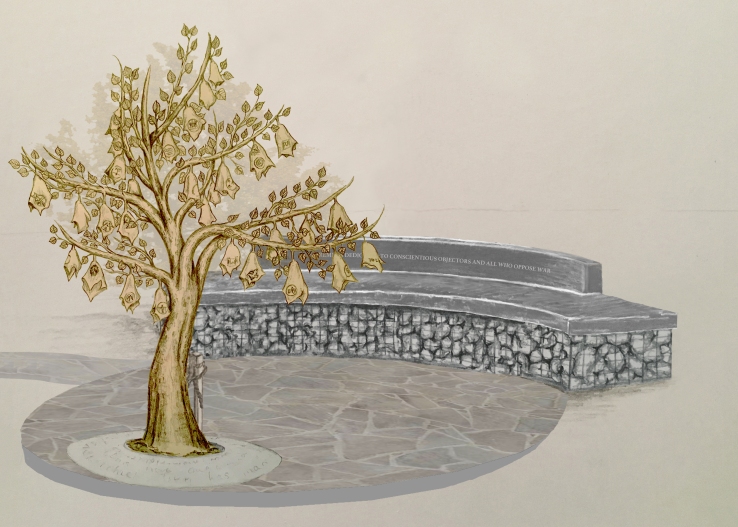 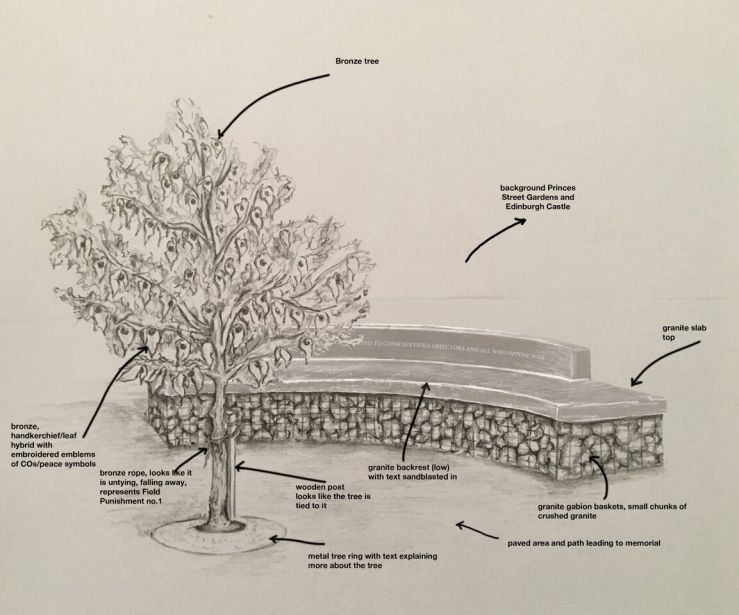 The Memorial will invite millions of visitors to one of Scotland’s most prominent sites to reflect on the traditions of individual liberty, humanism, and internationalism that shape current political and cultural norms such as tolerance and diversity. An enduring locus of reflection on the role of those who resist dominant and hegemonic norms the Memorial will be a counterpoint to the near ubiquitous war memorials that imply that war is necessary, suggesting a better way, through peace building and conflict resolution.

An associated programme of activities includes: an Art History Club has involved school students in thinking about the memorial as public art in the context of so many war memorials and in creating their own ideas for a memorial; publication on this website of resources on conscientious objection and war resistance;  and an adult education programme on the Legacies of Resistance to the First World War, run by Workers Education Association Scotland and Peace & Justice (formerly the Edinburgh Peace & Justice Centre).

It is envisaged that annual CO Day events and alternative Remembrance events in November will take place at the site of the Memorial.

The Opposing War Memorial effort is being organised by by consortium of organisations from Edinburgh, Scotland, and across the UK, led by Peace & Justice (formerly the Edinburgh Peace & Justice Centre). Partners are: 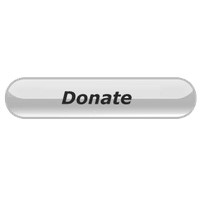